Inspired by the Hubble Space Telescope photographs, Anne Marchand’s work is an exploration of the surprisingly colorful and frequently fluid-like state of the universe. Her mixed media pieces combine texture, color, and negative space to convey the dichotomy between the chaos of entropy and cohesion of nature.

Exhibition organized through Katharine T. Carter & Associates. This program was supported by the DC Commission on the Arts and Humanities.

“In Anne Marchand’s mixed-media abstractions, the music of the spheres is a sort of free jazz. Inspired in part by some Hubble Space Telescope photographs in which the interstellar void appears surprisingly sensuous, the eight pictures in “Moments of Grace” are squares that seem barely to contain semicircular gestures. The local artist’s show inaugurates the Silva Gallery x Latela Curatorial, a lobby display space in a new Adams Morgan apartment building in Northwest Washington.

In such paintings as “Chronograph,” inky blacks and midnight blues suggest deep space. But that cosmic allusion is just a launchpad for improvisations that depict layered forms and patterns “in space and in the space of our bodies,” as Marchand’s statement puts it.

The painter pours paint, often viscous, and uses combs and scrapers to guide the thick liquid into swooping curves. These are complemented by calligraphic gestures and such graffiti-style markings as the neon-orange squiggles in “Mirabilia.”

That title, Latin for “miracles” indicates the sense of wonder Marchand feels, and hopes to evoke. She presents both our insides and the great outdoors as a mess of marvels.”

IMAS Members are invited to an opening preview reception for Anne Marchand on Thursday, July 28, 2022, from 5:00-7:00 PM in the atrium of the art gallery wing. 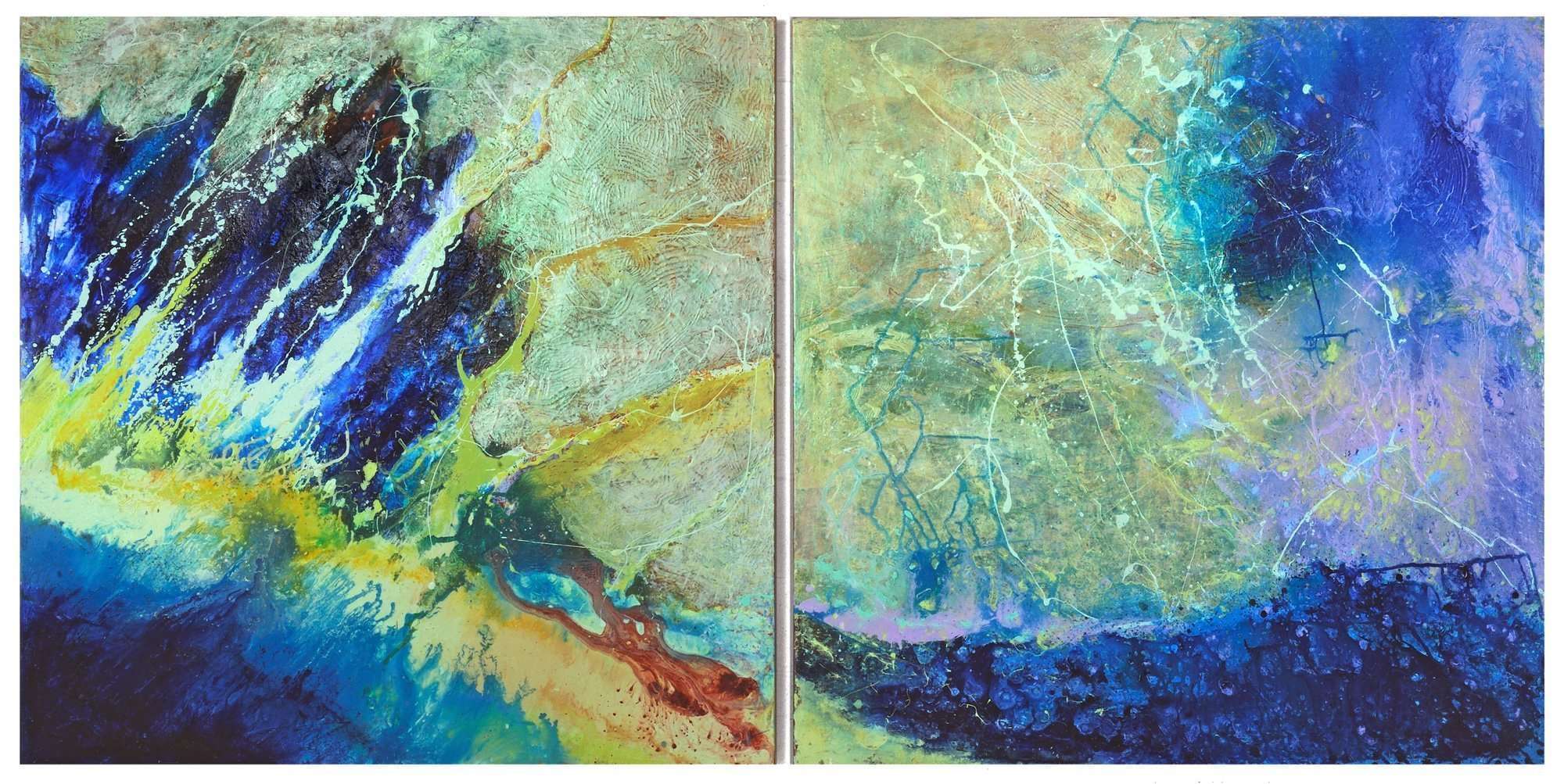 Washington, D.C based artist Anne Marchand finds a unique place to seek inspiration for her creativity, the Universe. In her most recent series of paintings, she explores the cosmic relationships we as humans have with the Universe – understanding that, in reality, we are all one. Take a moment to hear her thoughts on creativity and see how she works. 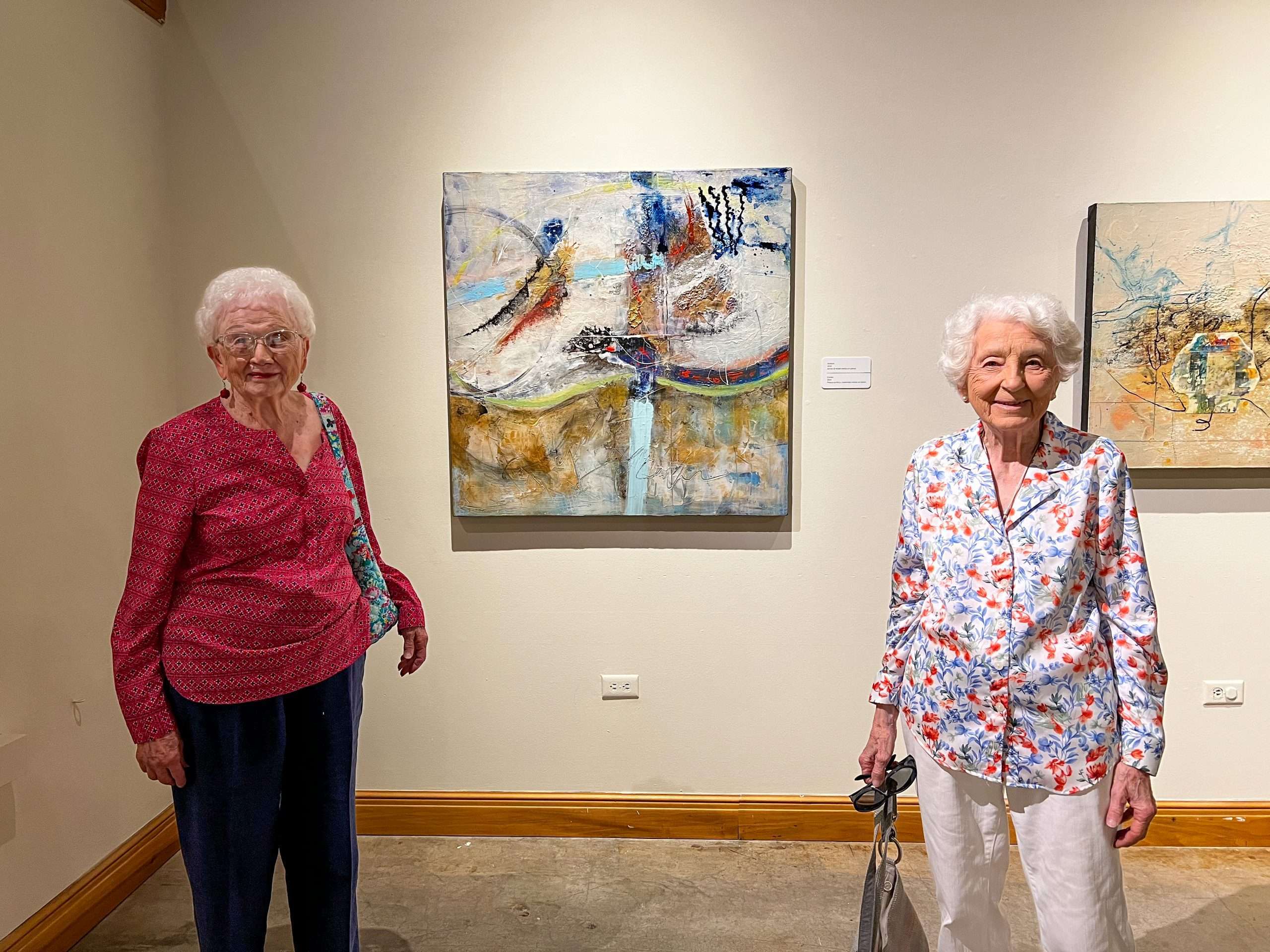 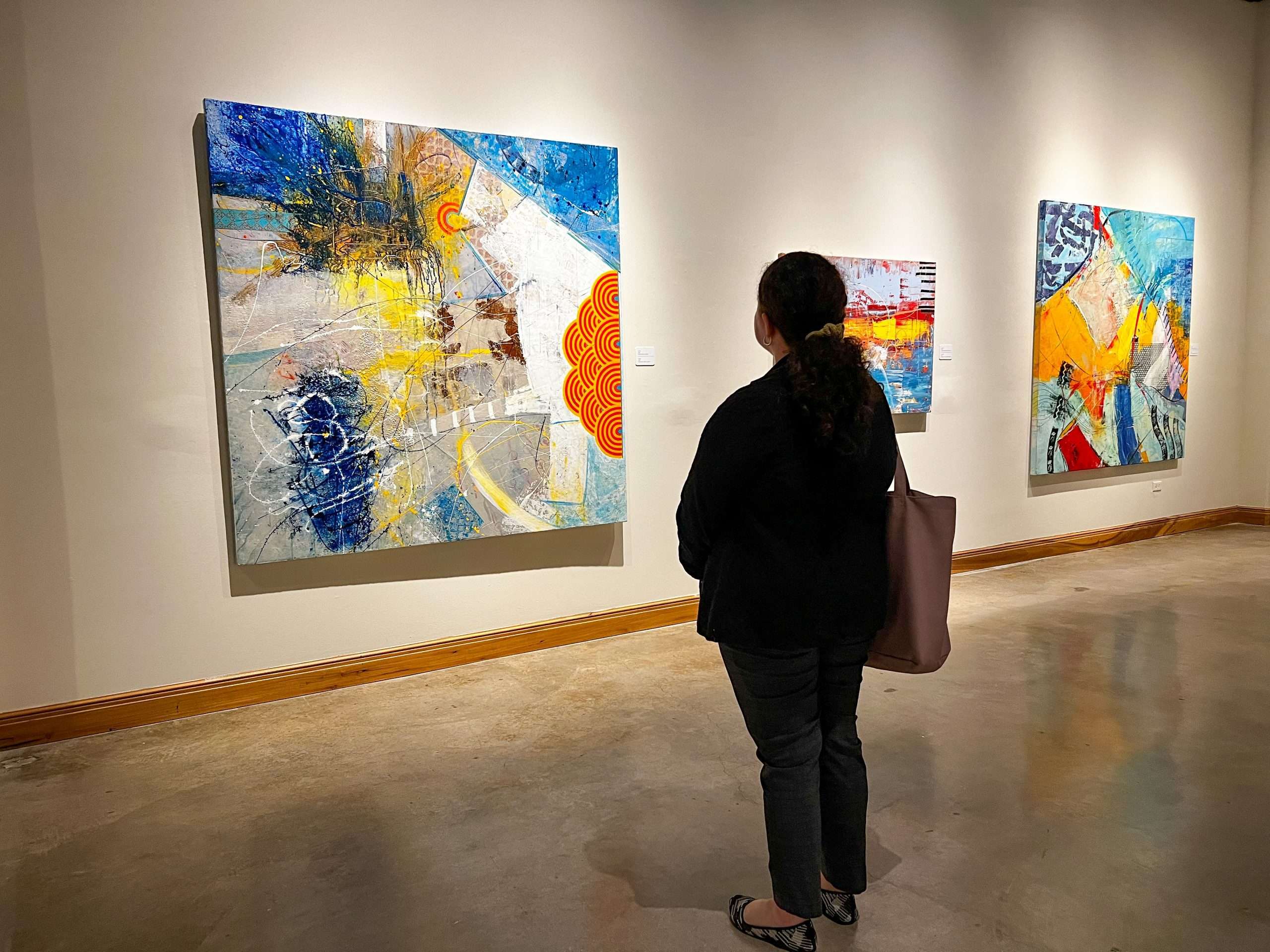 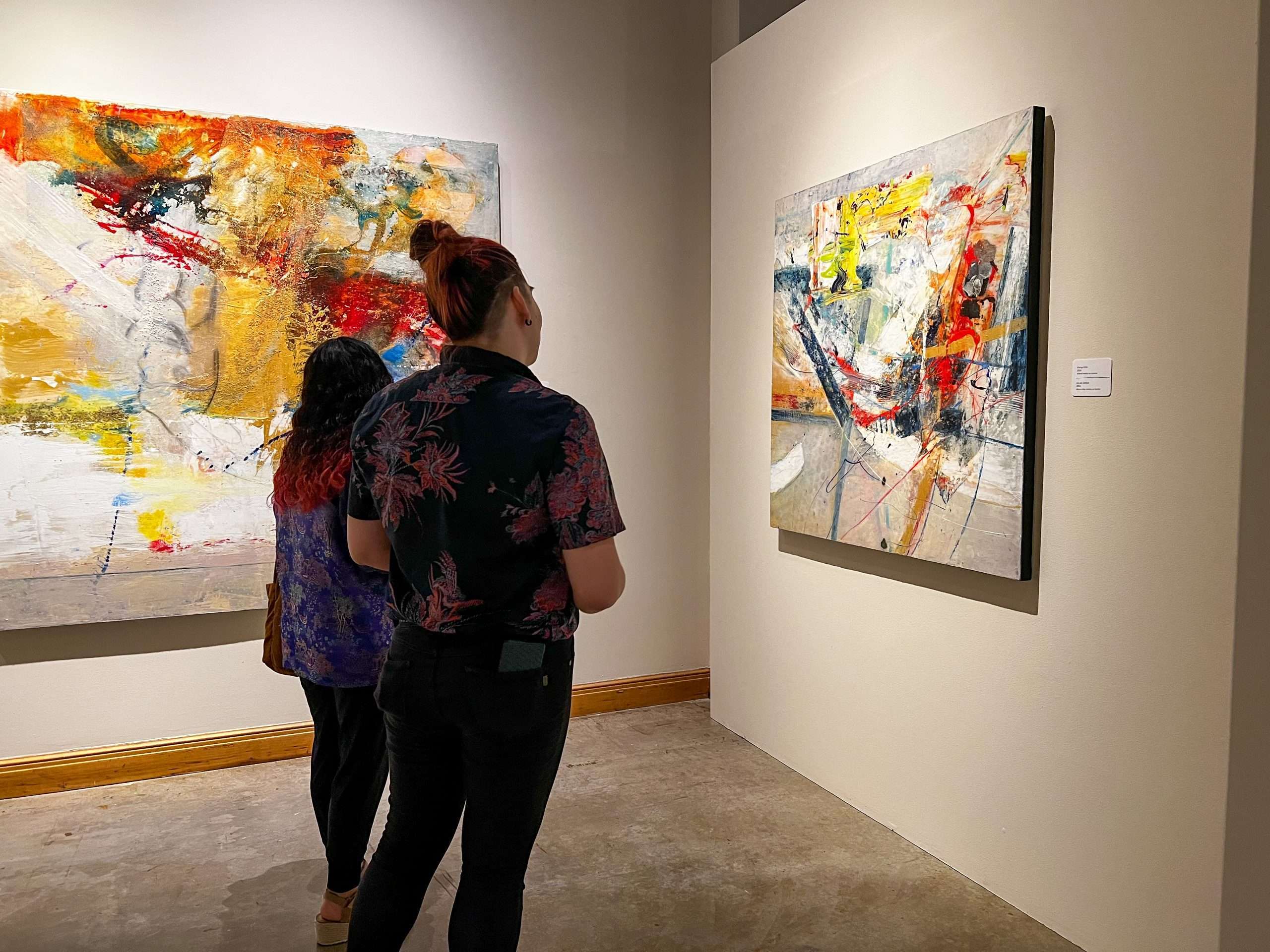 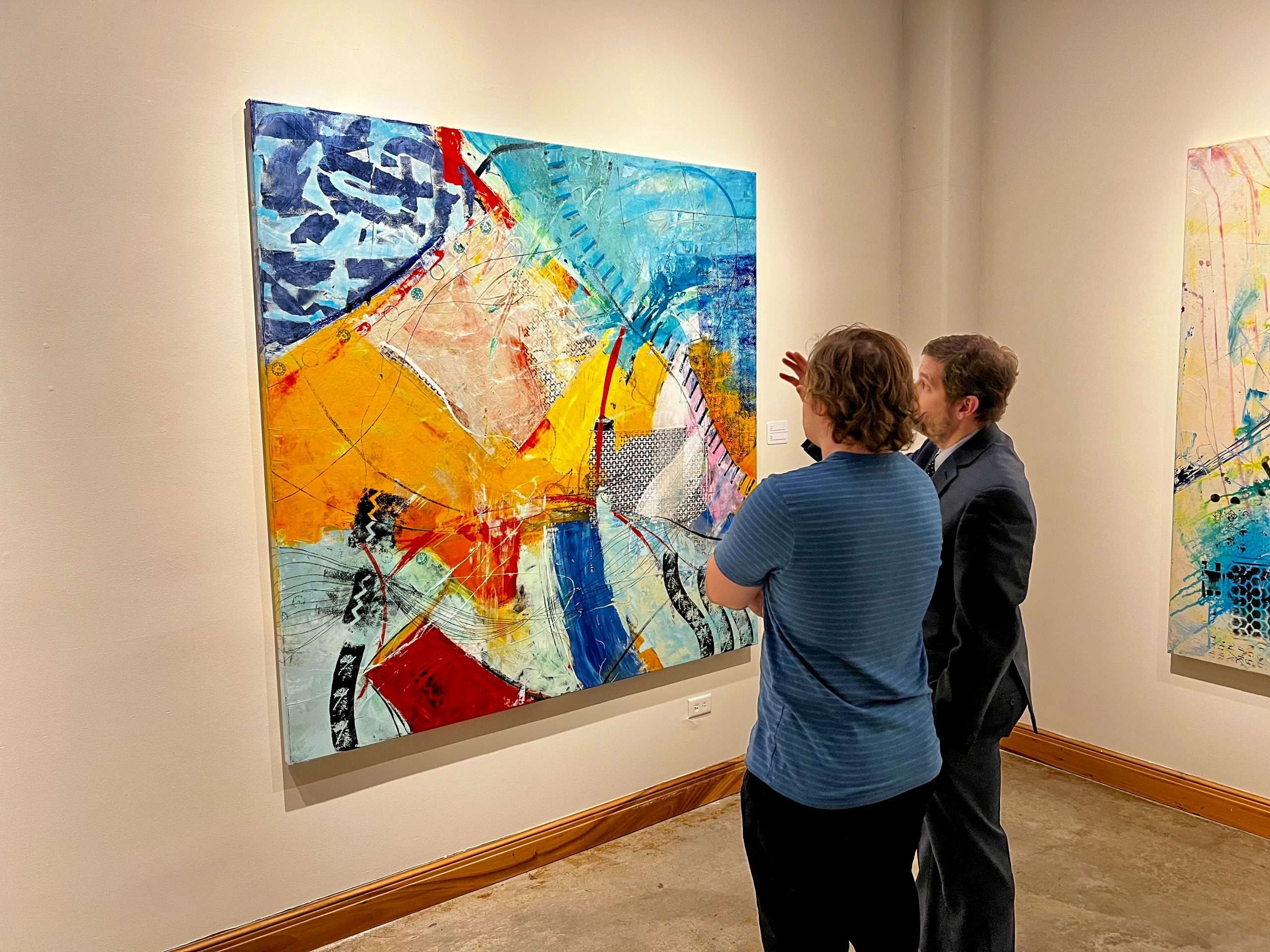 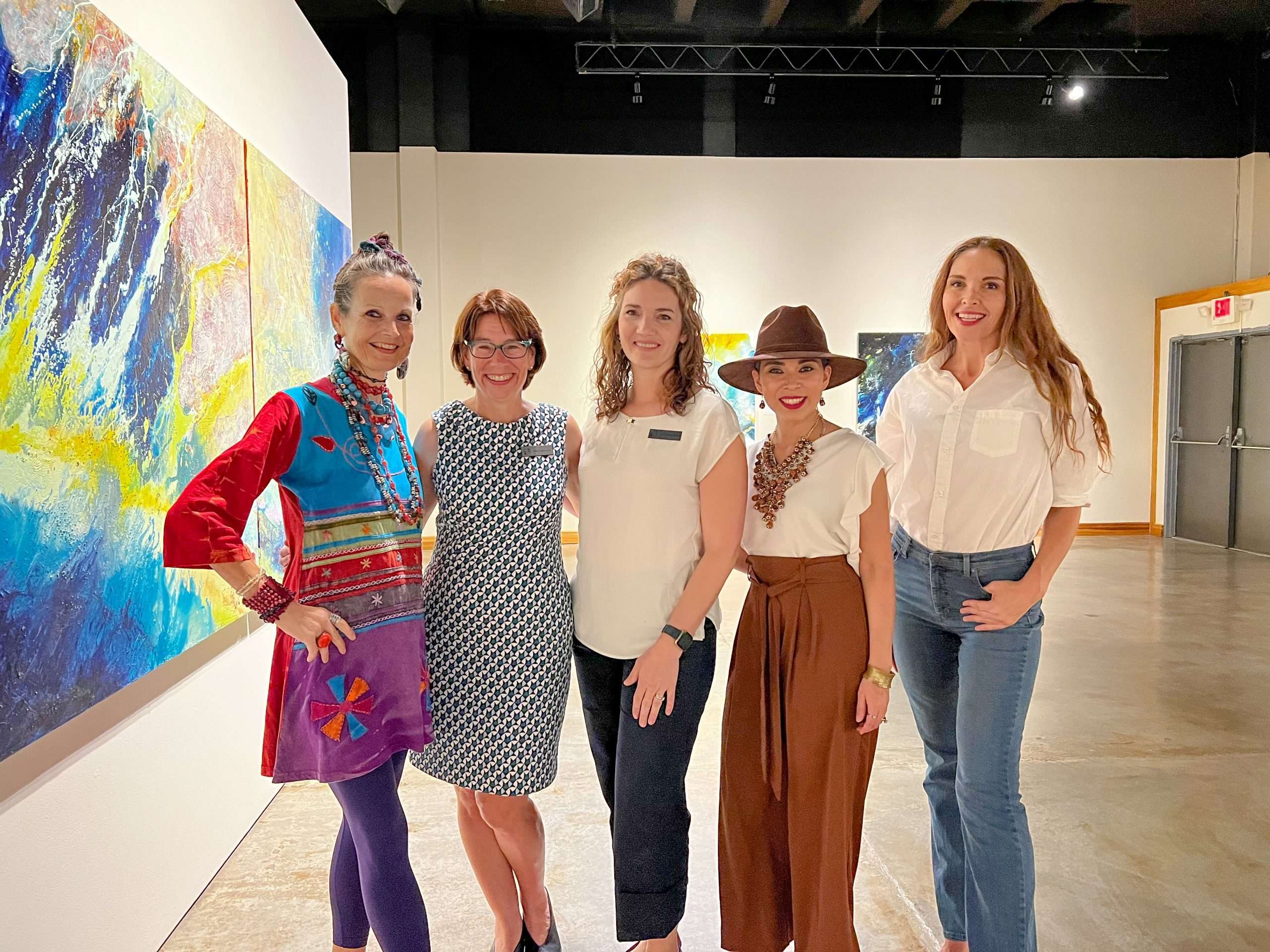 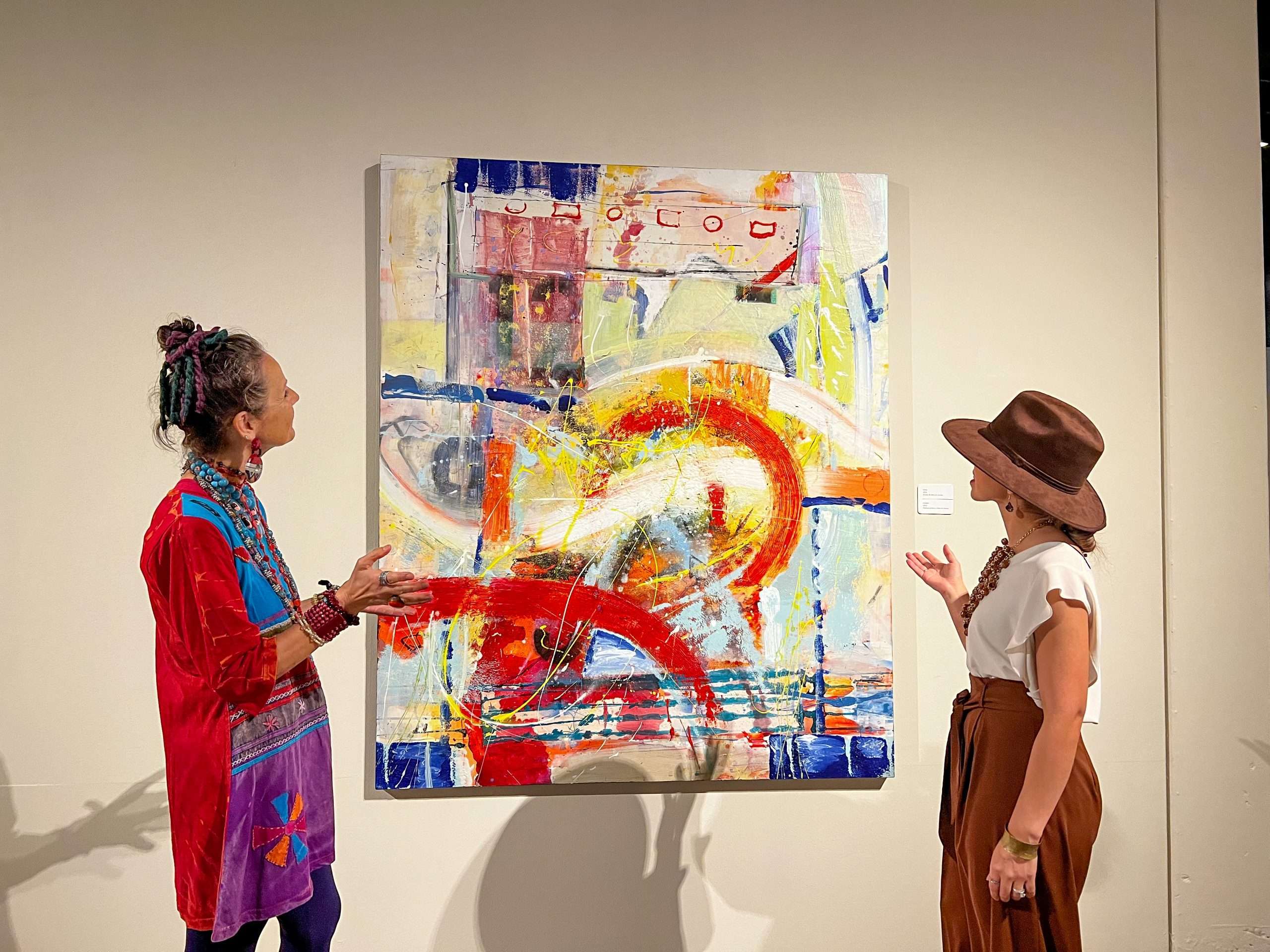 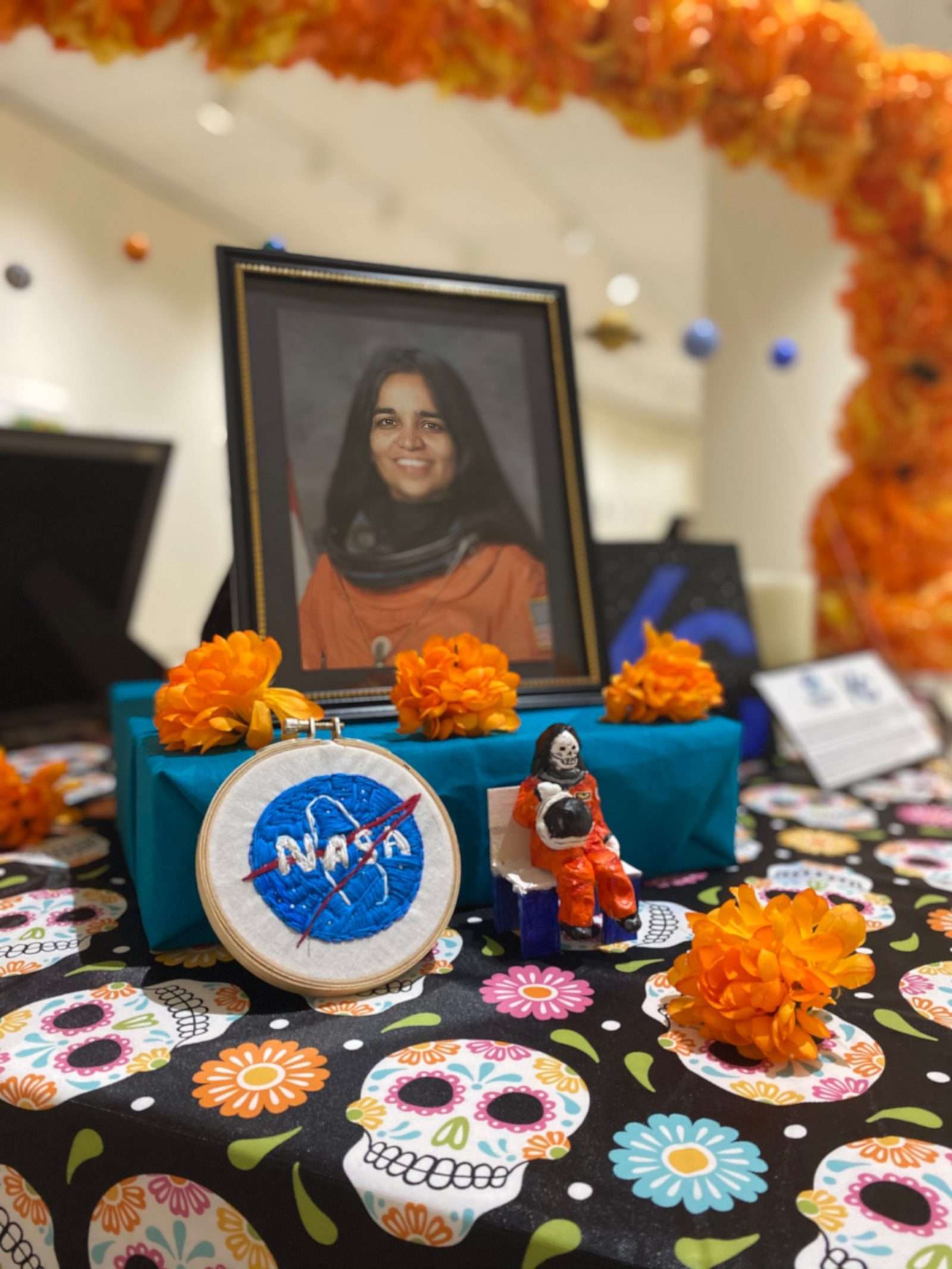 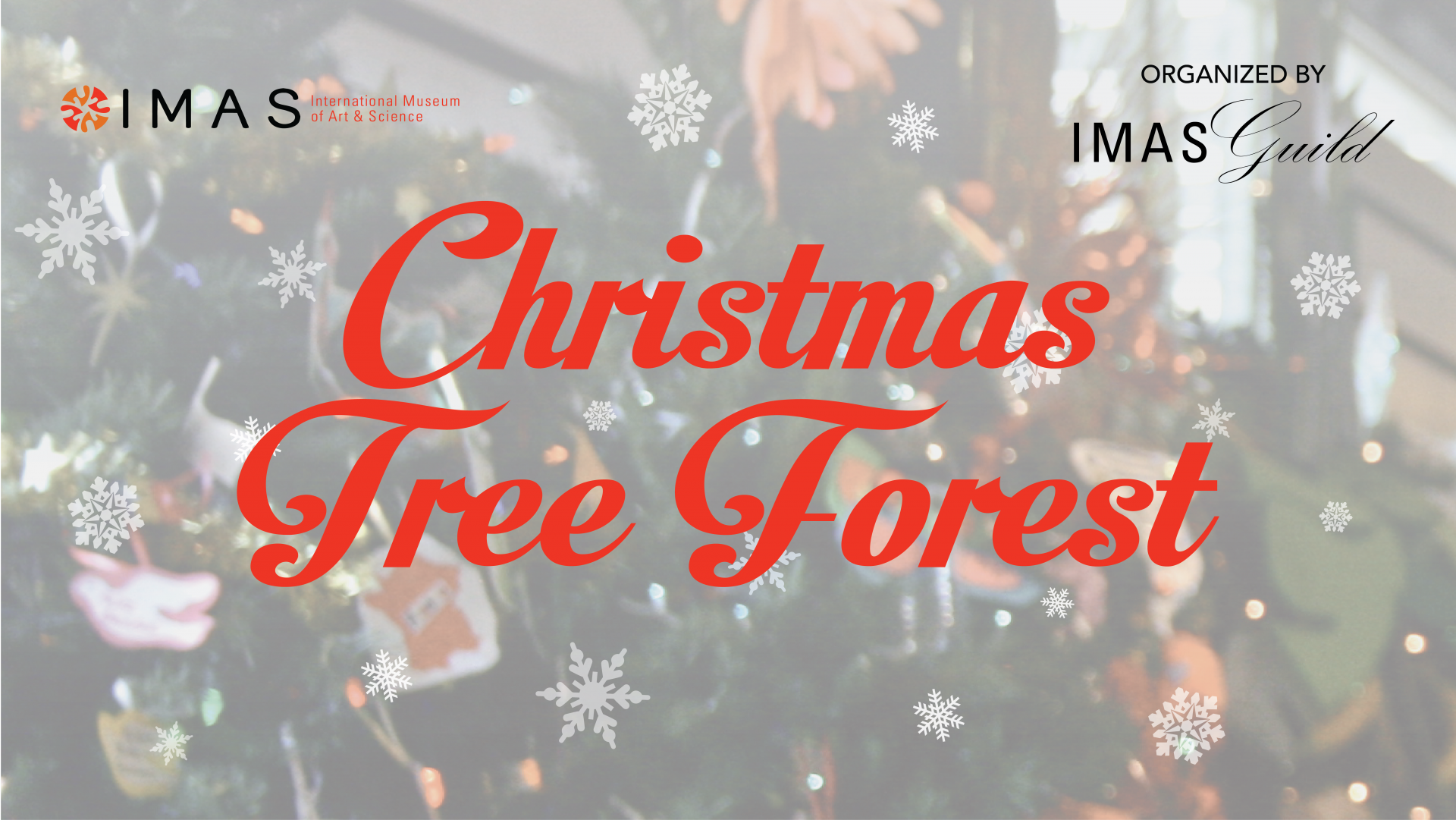 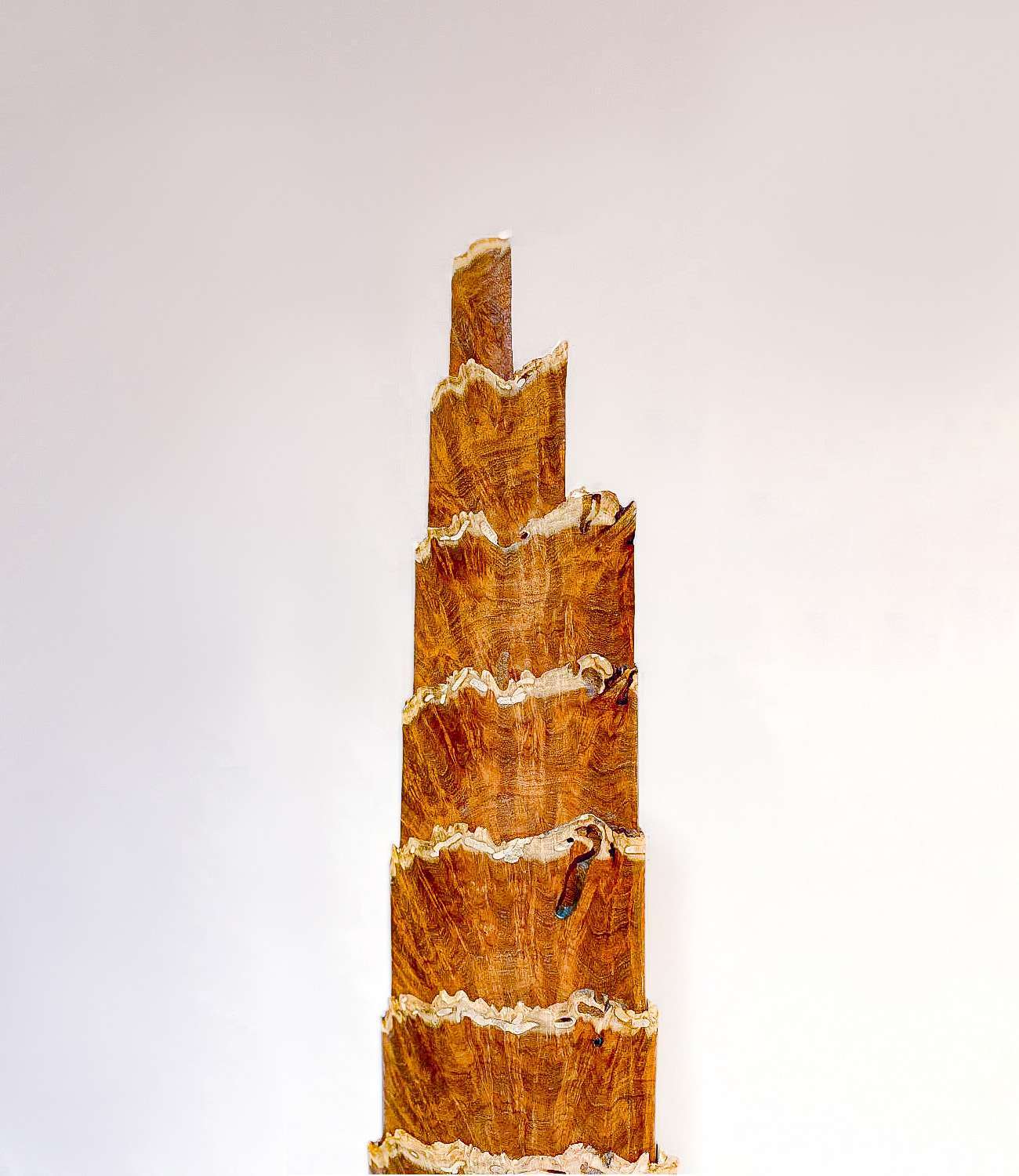