Why do we celebrate Black History Month?

Black History Month was created to draw attention to African American contributions to the United States. In 1912, distinguished Black author, publisher and historian Carter G. Woodson founded the Association for the Study of Negro Life and History after attending a celebration of the fiftieth anniversary of the emancipation. In 1926, the Association for the Study of Negro Life and History declared the second week of February as “Negro History Week” because the week included the birthdays of Frederick Douglass and former U.S. President Abraham Lincoln. Frederick Douglass was an abolitionist, someone who fought to end slavery and Abraham Lincoln led the United States during the Civil War, which fought to end the enslavement of Black people in the United States. In 1976, the celebration was extended to a month by former U.S. President Gerald Ford to celebrate and study the history the entire black community.

The Harlem Renaissance was a period of artistic, literary and musical revival by the African American community centered in Harlem, Manhattan, New York City. This art movement evolved alongside the “Jazz Age,” so jazz music was often featured as a subject matter in the art of this era. In fact, many musicians, artists, writers, dancers, actors and filmmakers of the time were inspired by each other and often collaborated. As a result of this, the Harlem neighborhood was known as the Black cultural mecca from around the 1910s to the mid-1930s. Some of the prominent artists of the time include Lois Mailou Jones (1905-1998), Jacob Lawrence (1917-2000), and Aaron Douglas (1899-1979). Aaron Douglas founded and became the first president of the Harlem Artists Guild. The guild aimed to support and promote young African-American artists. Their work was focused on art that would improve the public understanding of issues faced by the African American community.

As an artist, Aaron Douglas incorporated African themes to create a connection between Africans and African Americans. Through his paintings, he addressed poverty, racism, segregation and other important issues surrounding the African American community. His work focused on shapes and vivid colors, and he adopted elements of West African masks to his own work.

Click below to view a virtual gallery of Frederick Douglas art.

Celebrate Black History Month by learning about the Harlem Renaissance of the early 1900s and creating a piece of art inspired by its artists.

1 · View the attached gallery to get inspired by Aaron Douglas’ work.

2 · Choose a color palette. A color palette is a combination of colors. Choose 5-6 colors that compliment each other, such as pictured below.

3 · Sketch what you’d like to draw lightly with pencil. Focus on shapes, not on being realistic.

4 · Color your artwork focusing on gradations, the subtle change from one shade or color to another to provide the illusion of space or perspective.

5 · Show off your art with #IMASartist and tag us on Instagram at @imasmuseum for a chance to have your work shared on the museum’s social media. 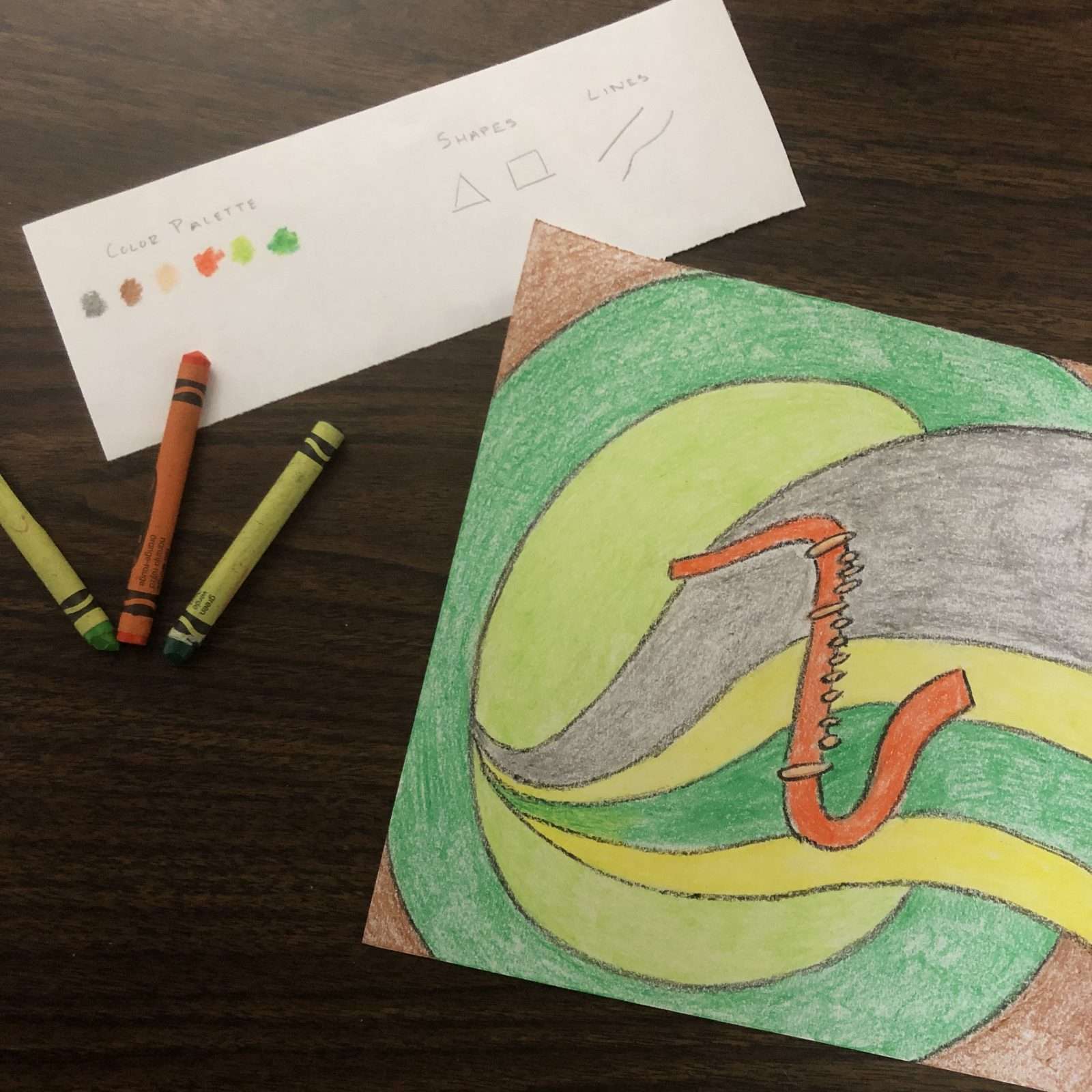