The International Museum of Art & Science (IMAS) located in the Rio Grande Valley inspires audiences of all ages to explore art and science through its permanent collections, exhibits, programs, and partnerships by empowering learners to discover their interests and pursue their passions.

The International Museum of Art & Science will be a destination for accessible, innovative, awe-inspiring learning through diverse art and science experiences that prepare our community for the future. 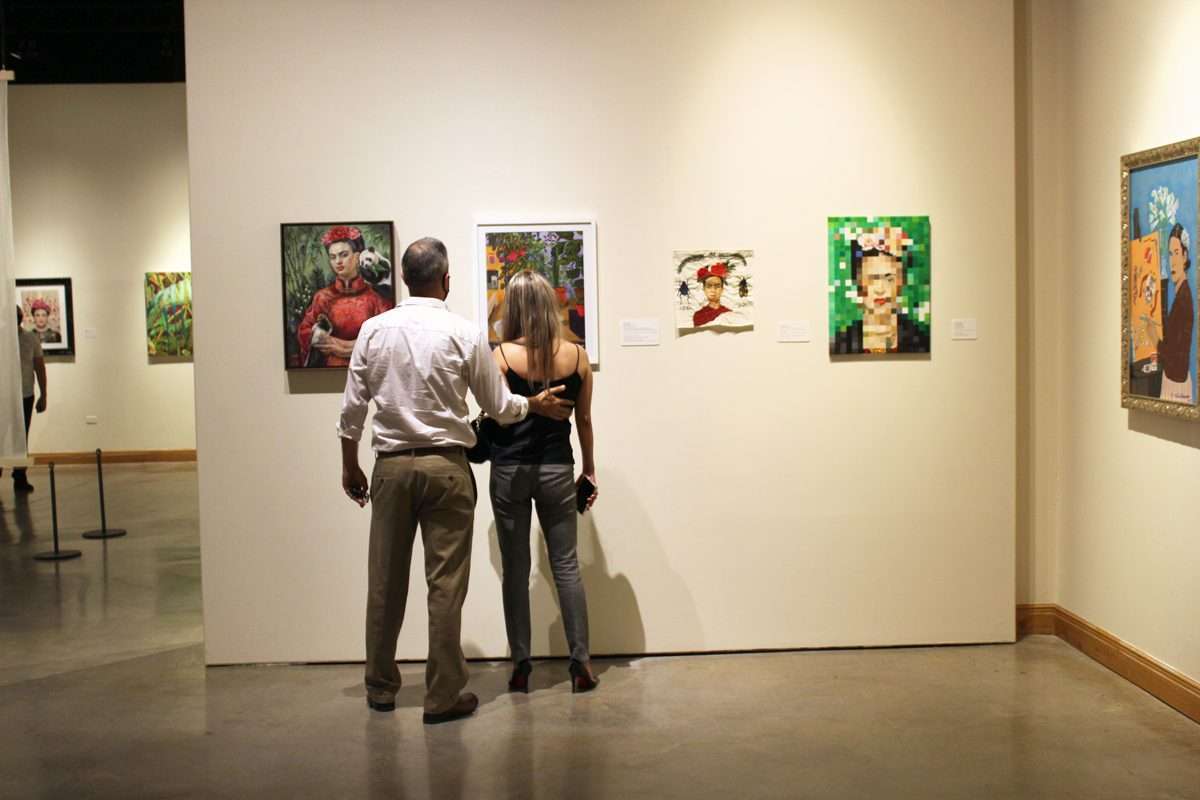 Visit the Ann Moore Art Studio to create original art work this month! Express your creativity through unique and interesting art projects, and become your best version of an #IMASartist.

We love to see your work so showcase it on your social media and tag @imasmuseum with #IMASartist so we can celebrate your creations!

DigiWall is a climbing wall with gaming technology embedded into it, so you can play games with your entire body. Light guides the way and the wall responds to your movements.

Our DigiWall consists of 6 climbing panels, and is 21 feet long and 9 feet tall!

Visitors can enjoy play in the puppet theater, climb the Digi-wall, create in Kid-struction, move through Water Journey, and explore platonic solids.

Fine art galleries at the International Museum of Art & Science include a variety exhibitions from our permanent collection and seasonal exhibits with multi-cultural content appealing to the greater Rio Grande Valley community and visitors. The fine art galleries include the Clark Family Gallery, Cardenas Gallery, Main Gallery, Central Gallery, and Atrium.

A walk around the grounds of the IMAS includes the Rio Sendero path through the sculpture garden. A shaded courtyard also includes picnic tables for visitors to sit and relax.

The south lawn trail leads visitors to the iconic Dactyl by Stu Kraft, 1983.

The McAllen Public Utility (MPU) BioZone is a lab space that inspires visitors through the sciences. IMAS Educators are available to answer any questions that visitors may have and to help visitors engage in hands-on activities. Drop in throughout the day to conduct a hands-on science activity or experiment at your own pace.

Learn more about McAllen Public Utility, request a tour of their Water Plant. You can also take a virtual tour of the Water Treatment Plant from home at this link.

Science on a Sphere (S.O.S) is a revolutionary, state-of-the-art exhibit designed by NASA and the National Oceanic & Atmospheric Administration to illustrate planetary and celestial systems like never before. Stunning images from the Hubble Space Telescope, orbital satellites, space probes, and other sources are shown on this sphere during interactive presentations.

Seed to Table is open to visitors and included with admission. Visit this exhibit space in Welcome Pavilion to explore healthy habit from the garden all the way to the plate.

The Seed to Table exhibit was made possible by H-E-B Tournament of Champions.

Since its inception, The Museum Store at the International Museum of Art & Science has been the place to purchase one-of-a-kind gifts by local artisans. The shop is a “must-see” when looking for that unique gift, or simply a special something for yourself. 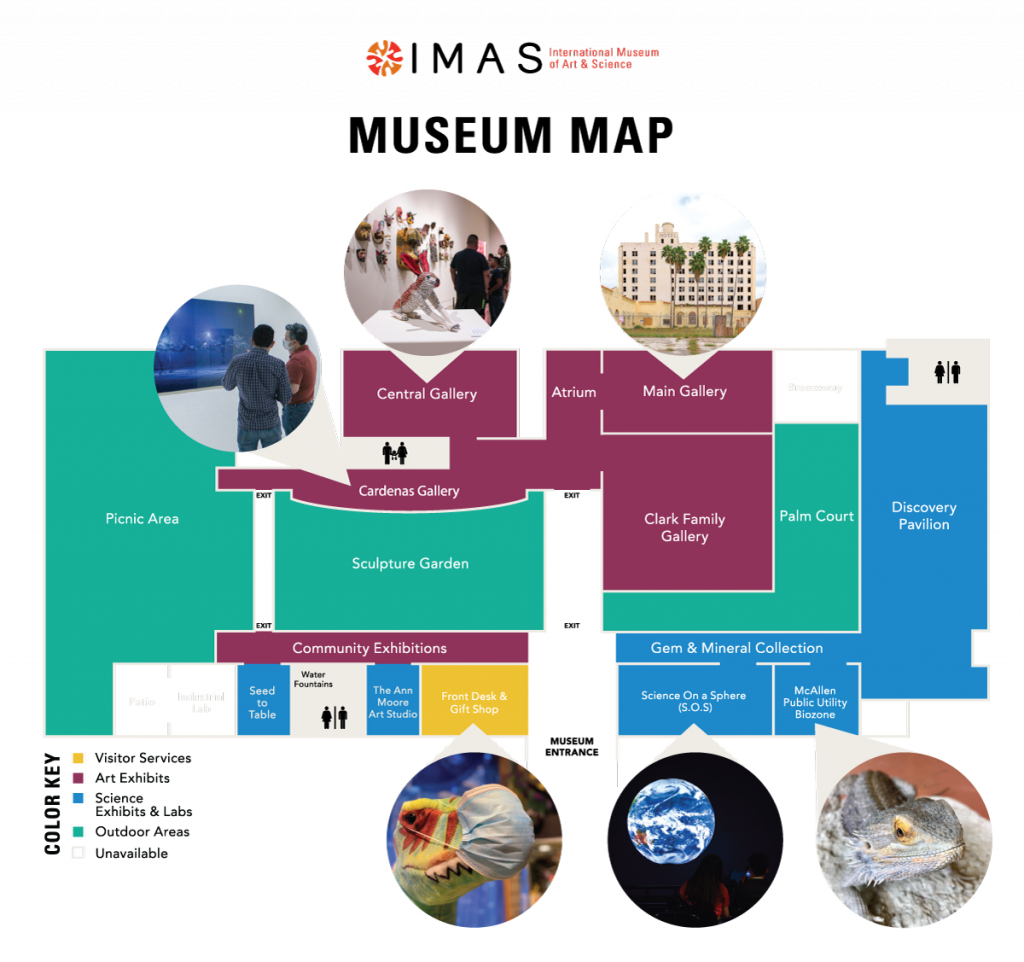 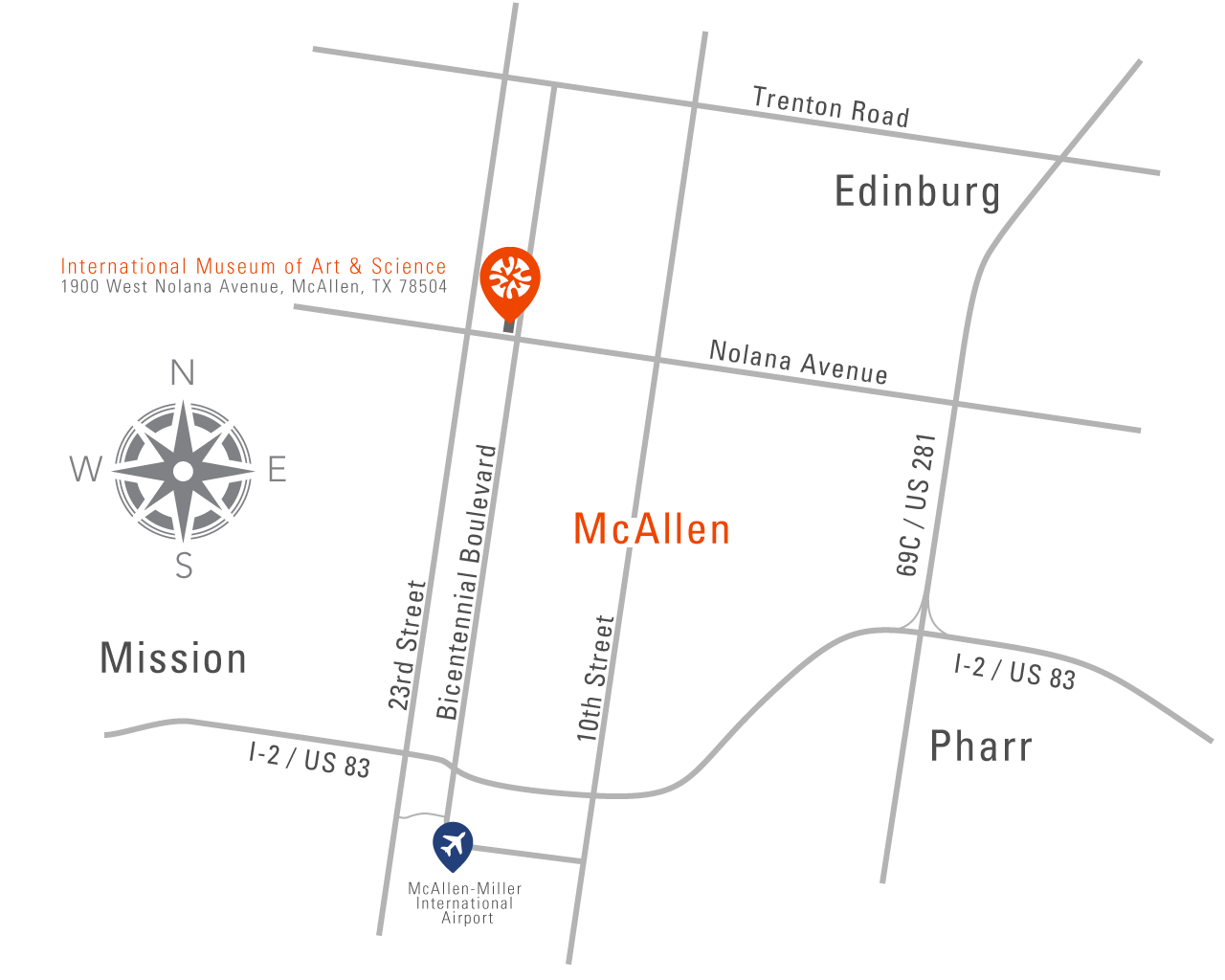 The International Museum of Art & Science is a Smithsonian Affiliate and fully accredited by the American Alliance of Museums. IMAS is the premier art and science museum of South Texas and contains over 50,000 square feet of exhibit space. The IMAS galleries host a number of revolving art and science exhibits each year. The museum provides a unique opportunity for visitors to participate in hands-on science exhibits and learn about original works of art while encouraging creativity and innovation. The IMAS permanent collection includes more than 2,000 natural history and geology specimens and 4,500 folk art and textile objects. The 1,500 fine art works in the permanent collection reflect many countries and artistic movements beyond Mexico, dating from the 16th century to the present.

The Museum was developed through the efforts of the McAllen Junior League to increase the quality of life for the citizens of the Rio Grande Valley, and to provide activities in the arts and sciences that are meaningful, educational, and available to the public.
The Museum was chartered under the laws of the state of Texas on June 2, 1967 and granted its tax exemption certificate in August of that year. On October 7, 1968, the Junior League Museum Board entered into a leaning agreement with the City of McAllen for a 5,000 square foot building. Shortly after, a Board of Trustees was appointed and by-laws were adopted. The initial funding came from donations by local business firms, civic organizations, and individuals. An Executive Director was employed in June 1969, and building renovations were completed. The Museum was dedicated and formally opened to the public on October 26, 1969. On July 4, 1976, a new building was constructed and completed as a Bicentennial Project, and the Museum moved to 1900 Nolana, where it currently resides.

A new building expansion, partially funded by the New Millennium Capital Campaign, was constructed and completed in 2001, which added an additional 17,259 square feet to accommodate 3 classrooms, an artist studio, cafe, gift shop, theater, and a hands-on exhibition space called the Children’s Discovery Pavilion. In the same year, the Museum completed its “Community Big Build” project and unveiled “RioScape: A Children’s Discovery Park”, incorporating play in an outdoor learning environment that reflects scientific and environmental concepts specific to the Rio Grande River. The Museum currently has over 50,000 square feet of exhibit space and public access areas.