Seascapes and continuous lines are well known creative motifs, but they are seldomly found together. The same is true about
thread and beeswax, 3D printing, and traditional multimedia craftsmanship. María Fernanda Barrero has developed the Imaginary Line project to create unique intersections that result from a Wixarika (Huichol) native artist and a Contemporary art sculptor collaborating together in Mexico’s Pacific coastline. In her virtual talk, Uncovered Spaces participating artist María Fernanda Barrero will discuss these topics in her art practice from her studio in Monterrey, México. 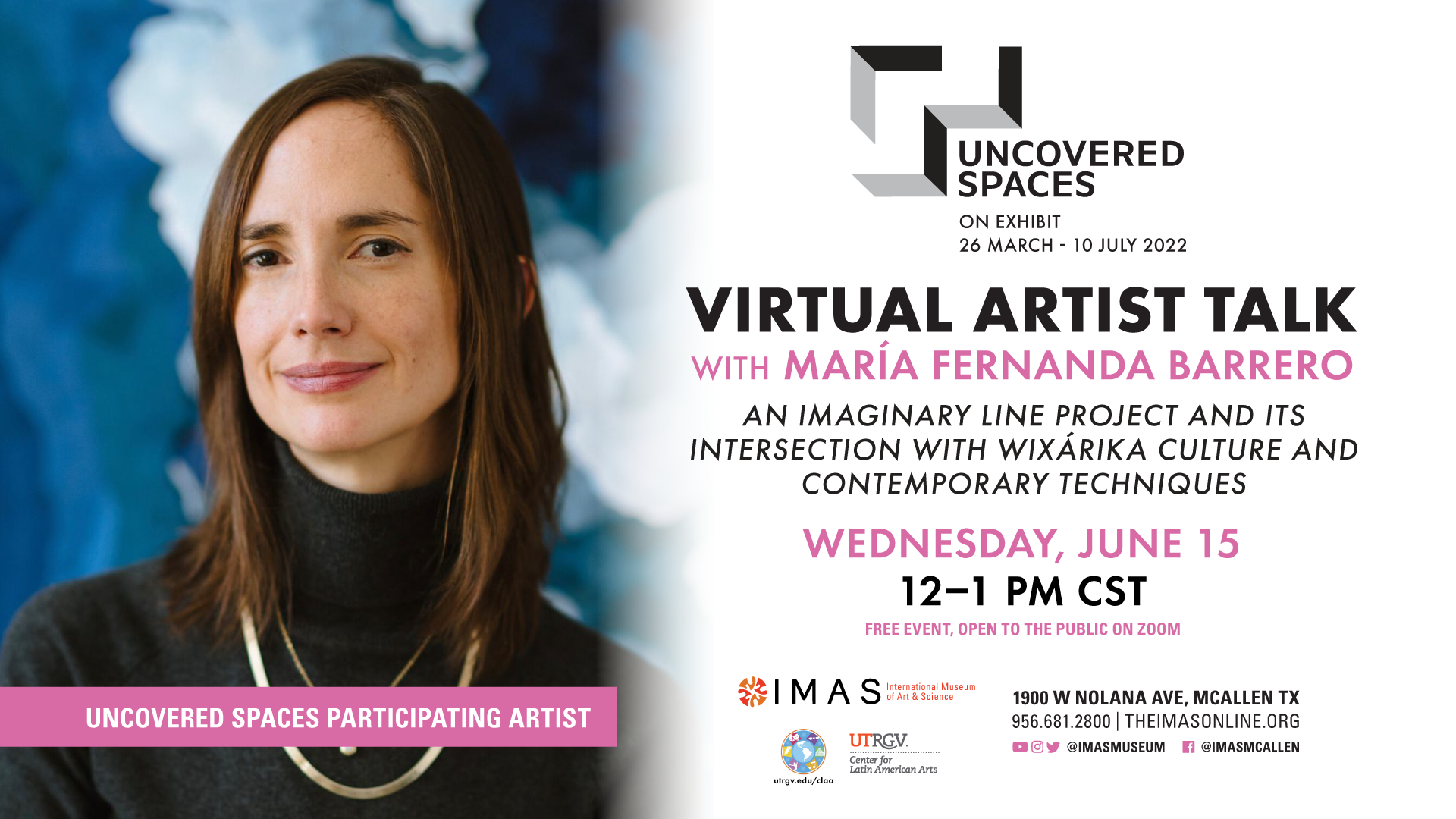 Uncovered Spaces is an exhibition and event series centered on female artists and LGBTQIA+ artists to explore the social structures that mediate our everyday experiences. The project serves as space for women and female-identifying artists and scholars to discuss their art practice related to gender, identity, and social norms. This exhibition seeks to connect the creative process, shared knowledge, and feminine solidarity in a collaborative and community-based arts research project in South Texas.

María Fernanda Barrero is a Mexican artist who lives and works in Monterrey, México. Barerero holds an MFA specializing in sculpture from the Slade School of Fine Arts, University College London in 2008 and a BFA from the Universidad de Monterrey, Mexico (2003). She also studied sculpture at Europäisches Kunst Akademie, Germany in 2005 and West Dean College, England in 2005. Her oeuvre examines our environment and the synchrony of our biospheres as well as conservation issues. Her work is characterized by its usage of white paper, or thread, and contained monochrome spaces to explore ideas related nature, landscape, and the interconnectedness of our ecosystems. Her solo exhibitions include: By the End of Dusk, Alternativa Once Gallery, Monterrey (2018); A House in the Air at Casa de la Cultura de Nuevo León, Monterrey (2014); The flowers of a Garden that Might Have Existed, Galería CONARTE. Monterrey (2012); A Garden by Dawn, Alternativa Once, Monterrey, (2010). She participated in the Registro 05 group exhibition at Museo de Arte Contemporáneo (MARCO) Monterrey (2018) and in the X FEMSA Biennale in 2012 as well as in over 40 group shows in Mexico, United States, England, Italy, Israel, and Japan. She participated in the Mino Paper Residency (2011) granted by the Japanese government and their exhibition Navigating Light at the Mino Washi Museum, Japan. She obtained the Bernardo Elosúa. Arte A.C. Award Soporte/papel in 2009.
https://www.mariafernandabarrero.mx/