On April 24, 2020, NASA’s Hubble Space Telescope celebrated the 30th anniversary of its launch aboard the Space Shuttle Discovery. In honor of that occasion, the stunning new Hubble image “Cosmic Reef” was released. The International Museum of Art & Science was selected as one of a limited number of locations across the nation to unveil the Hubble 30th anniversary photo to the public. A banner of the image is on display at museum for visitors to view. Tag us in your selfie with the banner using #Hubble30 and #ExploreIMAS.

Celebrate the 30th anniversary of the Hubble Space Telescope with the IMAS virtual celebration video! 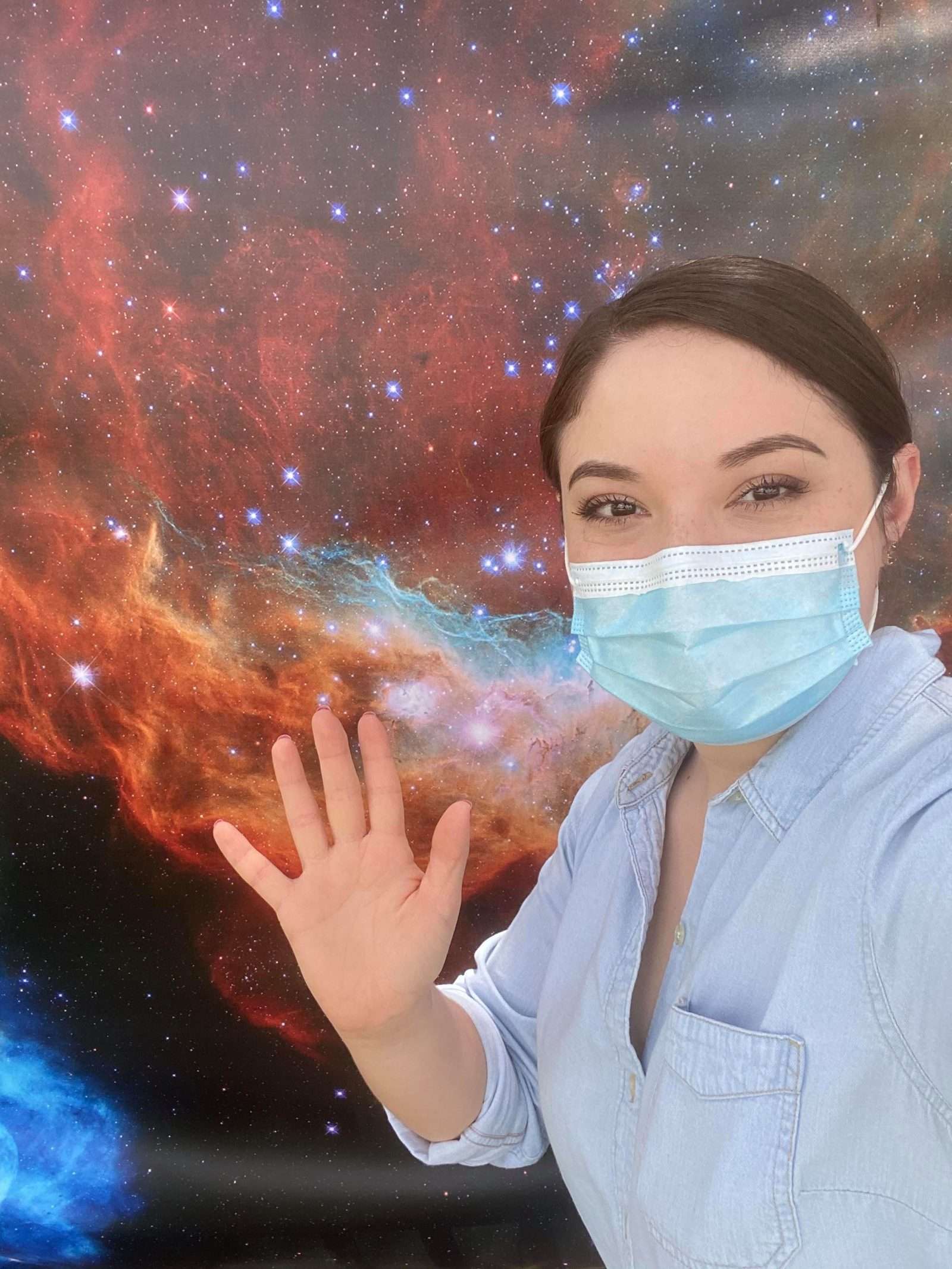 Were you not able to receive a Hubble kit? You can still participate with us to celebrate 30 years of Hubble discoveries! Click the activity titles below to download the lesson files in English or Spanish. The supply lists are provided below.

Activity 2:
Design Your Own Mission Patch 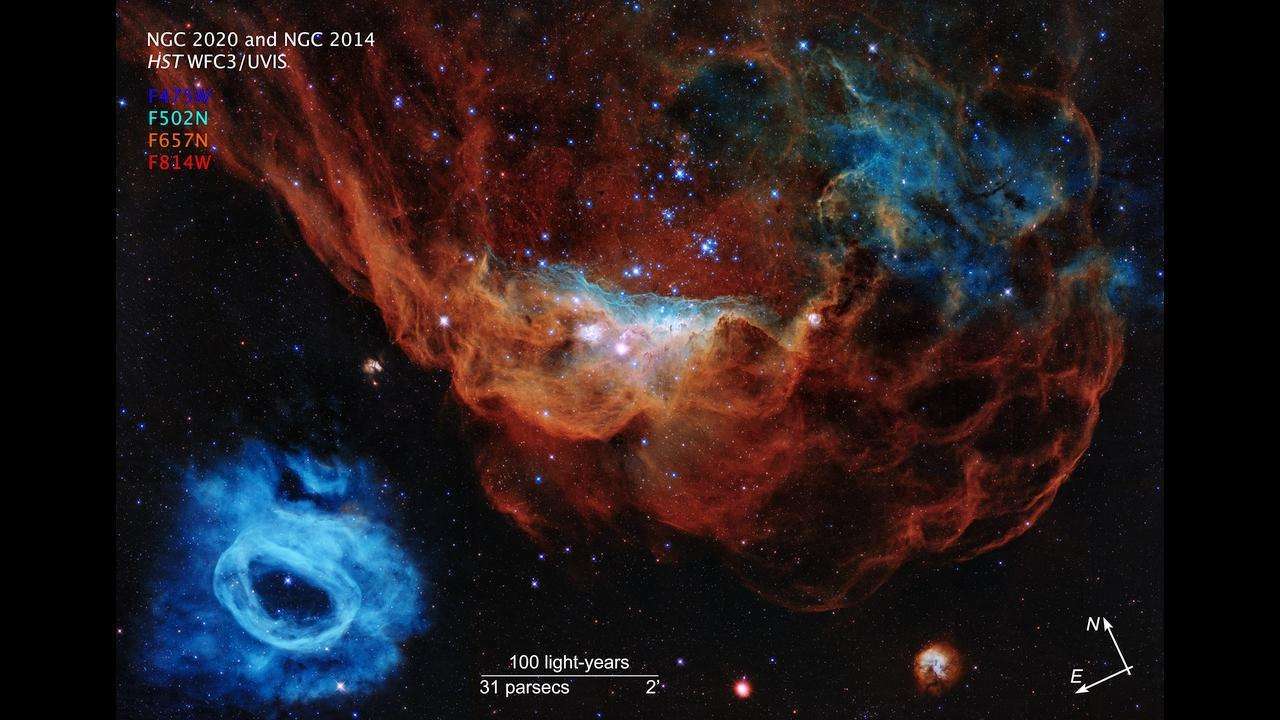 In the Hubble portrait, the giant red nebula (NGC 2014) and its smaller blue neighbor (NGC 2020) are part of a vast star-forming region in the Large Magellanic Cloud, a satellite galaxy of the Milky Way, locate 163,000 light-years away. The image is nicknamed the “Cosmic Reef,” because NGC 2014 resembles part of a coral reef floating in a vast sea of stars.

Some of the stars in NGC 2014 are monsters. The nebula’s sparkling centerpiece is a grouping of bright, hefty stars, each 10 to 20 times more massive than our Sun. The seemingly isolated blue nebula at lower left (NGC 2020) has been created by a solitary mammoth star 200,000 times brighter than our Sun. The blue gas was ejected by the star through a series of eruptive events during which it lost part of its outer envelope of material. 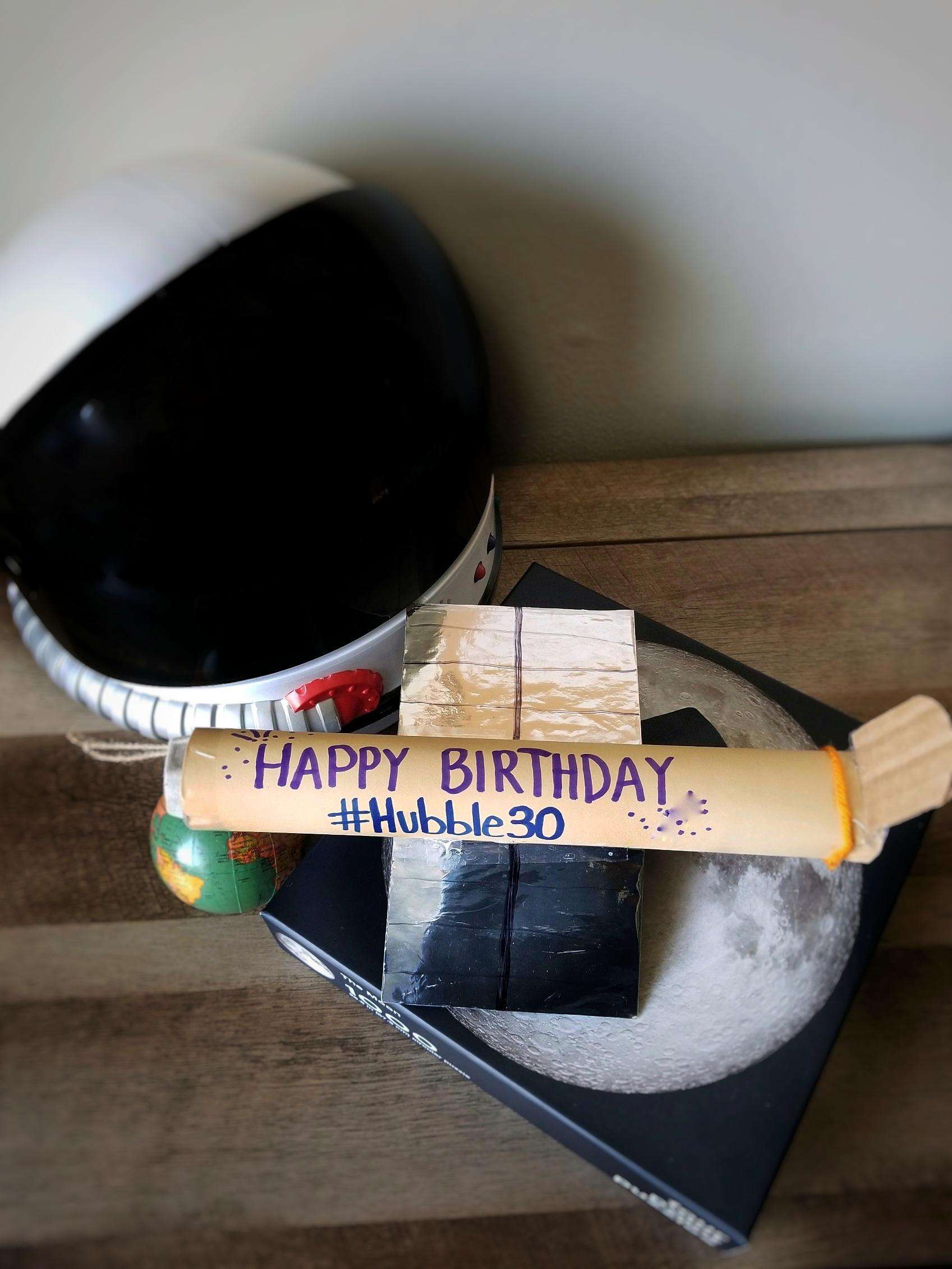 Celebrate at home with these activities. Click on the image to download the full PDF, and share with us on your own social media with #Hubble30 and @imasmuseum.

Explore the universe with interactives and videos at ViewSpace

These national unveilings are the brainchild of the Space Telescope Science Institute (STScI) in Baltimore, Maryland, home to Hubble’s science operations center. In late 2019 STScI put out a call for applications from museums, science centers, and other organizations interested in hosting an event to display Hubble’s 30th anniversary image. After a rigorous selection process, 74 organizations were chosen to host a public unveiling, including at least one location in all 50 states.

A full list of all the national unveilings, as well as downloadable resources and a gallery of Hubble’s most iconic images, are available at https://hubblesite.org/hubble-30th-anniversary