The International Museum of Art & Science (IMAS), an Affiliate of the Smithsonian Institution, participated in the “National Youth Summit on Teen Resistance to Systemic Racism,” an online outreach program organized by the Smithsonian’s National Museum of American History in partnership with Smithsonian Affiliations, the week of September 21–25. This year’s summit topic allowed youth to examine the impact of teen resistance to systemic racism.

The IMAS was one of thirteen Smithsonian Affiliate organizations to host a regional youth summit. The IMAS partnered with the Museum of South Texas History (MOSTHistory) to host a virtual summit. Rene Ballesteros from MOSTHistory and IMAS educator Elisa Hernandez co-facilitated the summit discussion for a total of 51 high school students from select RGV school districts, including Edcouch-Elsa ISD, Donna ISD, Hidalgo ISD, La Joya ISD, and McAllen ISD.

The summit provided historic context for the actions of 15-year-old Claudette Colvin, a Black student in Montgomery, Alabama, in 1955, who refused to give up her seat on a segregated bus and later testified in the legal case that ended segregated busing in her hometown. Digital platforms and facilitators were provided for students to convene in a discussion about this history and to examine the power of today’s teens. 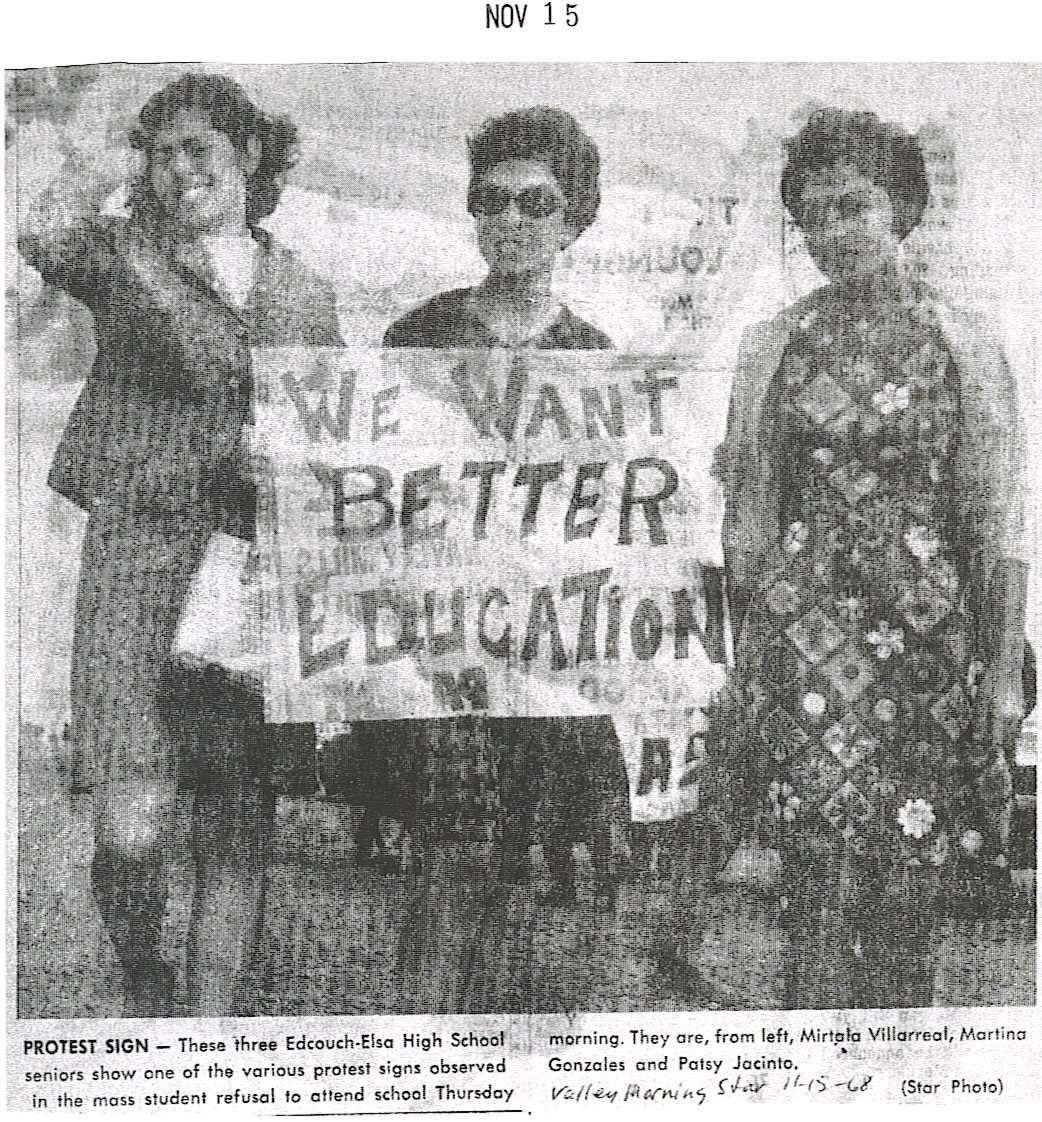 “It was important to be part of the National Youth Summit so we could provide students with resources and information about our local history of systemic racism and how young people stood up against those practices. It was refreshing to see that the participants were eager to talk about this topic and share their thoughts and ideas. [They] wanted to learn more about how they can be an active part of social change. By participating in these discussions, they can be made aware of the history that is taking place and the power they have to influence it,” stated Hernandez.

Over 4,000 students participated in virtual discussions facilitated by their educators, the Smithsonian and Smithsonian Affiliate museums nationwide. The regional summit hosted by the IMAS and MOSTHistory fostered discussions with teens on systemic racism through the historical lens of the 1955 actions of Claudette Colvin and the 1968 Edcouch-Elsa walkout. Teens discussed how members of our community overcame the punishments imposed on them for speaking out against racism in schools. The regional summit also featured an interview of walkout participate Mari Lozano and her grandson Roly Lozano.

One teen participant expressed how the discussion encompassed what they were learning in school stating, “[We explored] the impact of Claudette Colvin’s valiant act which was able to align to the current lesson we are learning about the civil rights movement.”

The National Youth Summit is made possible by the A. James and Alice B. Clark Foundation and the Patrick F. Taylor Foundation K-12 Learning Endowment and is part of a larger Smithsonian initiative focused on civic engagement intended to help Americans understand the past in order to make sense of the present and to shape a more informed future. The museum has created a vigorous program with curricula, websites and outreach opportunities for students and teachers across the nation.

About International Museum of Art & Science

The International Museum of Art & Science is an Affiliate of the Smithsonian Institute and fully accredited by the American Alliance of Museums. IMAS is the premier art and science museum of South Texas and contains over 50,000 square feet of exhibit space. The IMAS galleries host a number of revolving art and science exhibits each year. The museum provides a unique opportunity for visitors to participate in hands-on science exhibits and to learn about original works of art while encouraging creativity and innovation. The IMAS permanent collection includes more than 2,000 natural history and geology specimens and 4,500 folk art and textile objects. The 1,500 fine art works in the permanent collection reflect many countries and artistic movements beyond Mexico, dating from the 16th century to the present.

About the Museum of South Texas History

The Museum of South Texas History is accredited by the American Alliance of Museums. It is located in downtown Edinburg at 200 N. Closner Blvd. on the Hidalgo County Courthouse square. Hours of operation are Sunday 1 p.m.-5 p.m. and Tuesday–Saturday 10 a.m.-5 p.m. For more information about MOSTHistory, including becoming a FRIEND, visit MOSTHistory.org, like us on Facebook, follow us on Twitter and Instagram, and find us on YouTube or call +1-956-383-6911.

About the National Museum of American History

The National Museum of American History empowers people to create a just and compassionate future by exploring, preserving and sharing the complexity of our past. As the nation’s history museum, we challenge ourselves to become the country’s most accessible, inclusive, relevant and sustainable public history institution. To fulfill that role, as outlined in our strategic plan, by 2030 the museum will serve an audience that reflects the full racial, class, gender, ethnic and geographic demographics of the United States. The museum is located on Constitution Avenue, between 12th and 14th streets N.W. While the museum’s building is closed, please explore the museum’s website at americanhistory.si.edu. Follow the museum on social media on Twitter and Instagram @amhistorymuseum and on Facebook at @americanhistory.

The International Museum of Art & Science (IMAS) is fully accredited by the American Alliance of Museums and is an Affiliate of the Smithsonian Institution. The mission of the International Museum of Art & Science is to promote a deeper appreciation of the arts and sciences through its exhibitions, cultural events, and educational programs; and to preserve, expand, and display its permanent art and science collections. The museum is located at the intersection of Bicentennial Way and Nolana Avenue at 1900 W. Nolana in McAllen, Texas. Modified hours of operation beginning on June 11, 2020, are 10:00 a.m. to 1:00 p.m. and 2:00 p.m. to 5:00 p.m. on Thursdays; 10:00 a.m. to 1:00 p.m. and 2:00 p.m. to 5:00 p.m. on Fridays and Saturdays; Wednesday 10:00 a.m. to 1:00 p.m. reserved for visitors with sensory sensitivities. Please check our website www.theimasonline.org or call (956) 681-2800 for more information.