Every year, Nobel Prizes are given to individuals that change the world. The prizes are given in categories of Literature, Peace, Physics, Chemistry, and Medicine. This year, one of the winners of the Nobel Prize in Physics is Dr. Andrea Ghez for her work in galaxies. She received this prize for discovering a large object in the middle of our galaxy. A galaxy is a large group of stars, dust, gas, planets, and moons all held together by gravity. Gravity is a force that holds all things together. There are many kinds of galaxies. We live in the Milky Way Galaxy, which looks like a spiral, but there also galaxies that look like ellipticals, or galaxies that look like they have no shape at all which are called irregular galaxies. 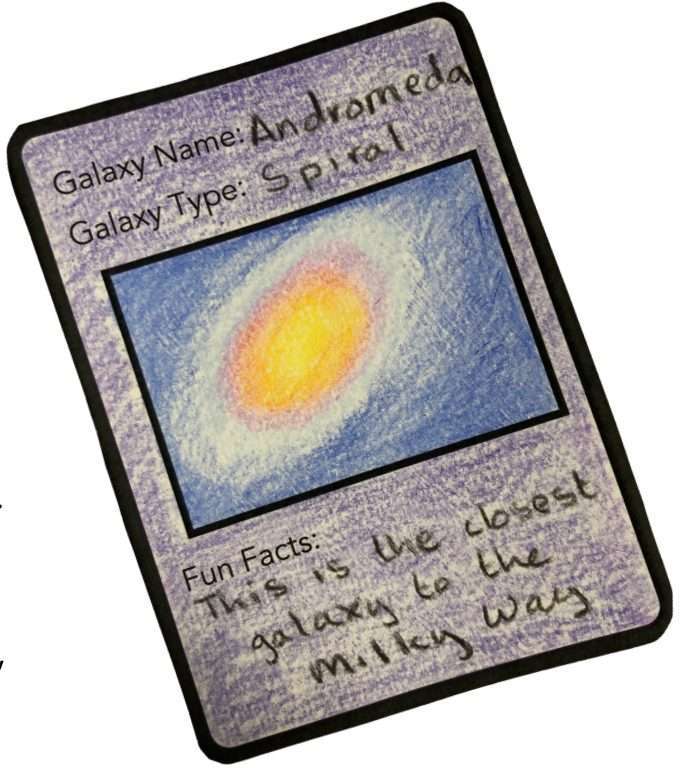 There are three main types of galaxies: spiral, elliptical, and irregular. Astronomers believe that there are over 100 billion galaxies in the universe, and they are still discovering new ones! An astronomer is a scientist that studies space. Though we know that there are many galaxies, only a few of them have names.

Download the full lesson below to print your own galaxy cards and learn more about galaxies.