Skip to content
Photography Exhibit Honors 20th Anniversary of 9/11
Home>Photography Exhibit Honors 20th Anniversary of 9/11
This September 11 marks the 20th anniversary of one of the most tragic days in American history, a day that this country will never forget. An exhibit curated from the permanent collection of the International Museum of Art & Science (IMAS) will honor this American tragedy with a series of photographs taken by photographer Mark Roddenberry after the attacks on September 11, 2011.
“Avenue of the Strongest: An Eyewitness Account of that Day in September 20th Anniversary” is a series of photographs which gets its name from a street in lower Manhattan, located approximately one mile north of the World Trade Center. These photographs reflect one of the nation’s greatest catastrophes and our country’s heroic response to the tragedy on September 11, 2001.
Mark Roddenberry is a portrait photographer who was living in Lower Manhattan during the 9/11 attacks. His studio was located eight blocks north of the World Trade Center Complex. When the second tower collapsed, Mark was considered to be the closest photographer that survived.
Mark shot several hundred images during and immediately after the attacks. His images have been published in both FEMA’s World Trade Center Building Performance Study and NIST’s (National Institute of Standards and Technologies) Final Report on the Collapse of World Trade Center Building 7.
“Avenue of the Strongest: An Eyewitness Account of that Day in September 20th Anniversary” will be on exhibit at the IMAS beginning September 1, 2021 through January 30, 2022.
Pictured: Mark Roddenberry’s photography of September 11, 2011, have been published in the FEMA and NIST studies on the World Trade Center Collapse. Pictured here is“The Hudson”, September 11, 2011, Photograph, Gift of Texas State Bank. 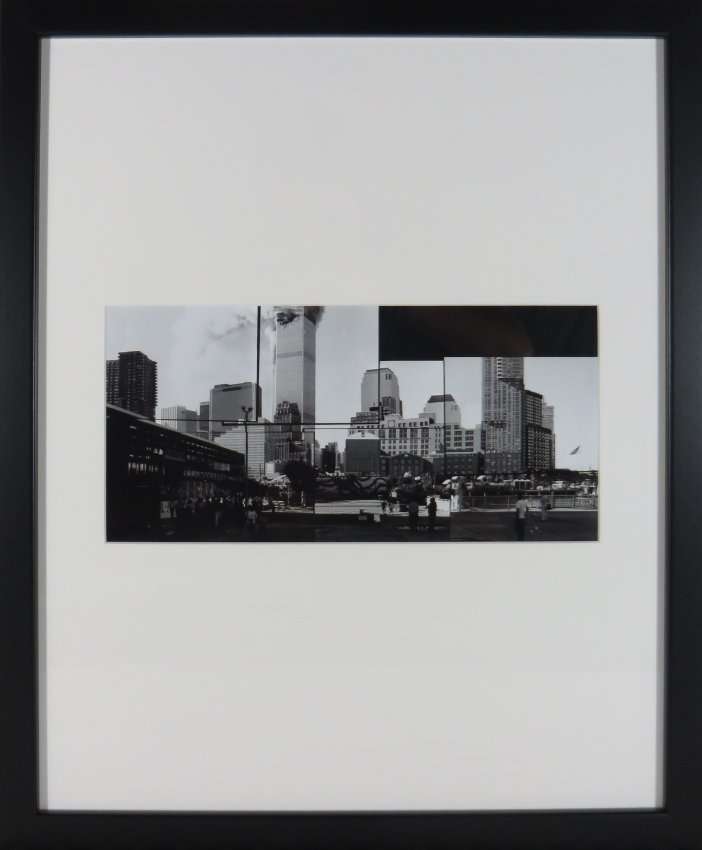