IMAS cordially invites you to join UTRGV School of Music Professor Dr. Brendan Kinsella and students for a Valentine’s Weekend piano recital featuring the music of Ludwig van Beethoven. This delightful and enjoyable performance will include favorites such as “Für Elise,” his “Appassionata” Sonata, and more!

Sumita Dantu, a tenth grader at the South Texas ISD Science Academy, has performed in Carnegie Hall in New York City multiple times as the winner of the Pittsburgh International Piano Competition and the Corpus Christi Sonata and Sonatina Competition. In master classes, she has performed for artists such as Wu Han, Haysun Kang, and attended the Brevard Summer Piano Festival in 2021 as a Young Artist. In her free time, she likes drawing, listening to music, and is currently learning to play the guitar.

Arturo Palacios is a Biology major at UTRGV with a minor in music Performance, where he studies with Dr. Kinsella. Most recently, he performed at the French Celebration Concert at the Performing Arts Center in Edinburg. Prior to attending UTRGV, he served as the Chapel Pianist and Fine Arts Accompanist and Soloist at Macedonian Christian Academy for 4 years. Arturo enjoys painting, composing, and is an aspiring fantasy writer.

Juan Pablo Hernandez is a student at the Mathematics and Science Academy at UTRGV and is also a minor in Piano Performance with Dr. Kinsella. Prior to attending MSA, he studied piano with Ms. Elizabeth King-Ruiz and has participated in a variety of local performances and competitions, including the Texas Music Teachers Association Performance Competition in 2020. Juan Pablo enjoys working out, reading articles, and studying German.

Karime Mejia is a twelfth grader at the South Texas ISD Science Academy. She has studied piano with Dr. Kinsella since 2017, and has since performed works by Mozart, Beethoven, Schubert, Chopin, and others for the RGV Music Club and as part of UTRGV’s Piano Area recitals at the TSC Arts Center in Brownsville and the Performing Arts Center in Edinburg. In her spare time, she enjoys baking, volleyball, and studying physics. In college, she plans to pursue a degree in mechanical engineering.

Described as a “sensitive musician with an ear for color” by the Cincinnati Enquirer, and “an amazing pianist” by the Houston Chronicle, Dr. Brendan Kinsella’s concert engagements have taken him to New York, Chicago, Los Angeles, San Francisco, Houston, Dallas, Holland, Italy, and other cities throughout the United States, Europe, and Asia. He earned his Bachelor (with honors) and Master of Music degrees at the University of Cincinnati College-Conservatory of Music as a pupil of Frank Weinstock (with additional coaching from James Tocco and Kenneth Griffiths) and in 2008 received his Doctor of Musical Arts degree from the University of Missouri-Kansas City as a student of Robert Weirich.  In master classes, he has performed for artists such as Christopher Elton, Susan Graham, Martin Katz, Ani Kavafian, Anne-Akiko Meyers, Frederic Rzewski, Andre-Michel Schub, Peter Serkin, David Shifrin, Midori, and the Takacs Quartet.  He completed his training as a Solo Piano Fellow at the Music Academy of the West, working under the guidance of Jerome Lowenthal, Professor of Piano at the Juilliard School. A dedicated teacher, Kinsella presently serves as Associate Professor of Piano at the University of Texas-Rio Grande Valley, where he teaches applied piano, chamber music, piano pedagogy, and piano literature. Members of his select studio of graduate and undergraduate pianists regularly participate in prestigious national and international summer festivals, perform in master classes for distinguished artists, present their scholarly research at professional conferences, and gain admittance to prestigious master’s and doctoral programs nationwide. 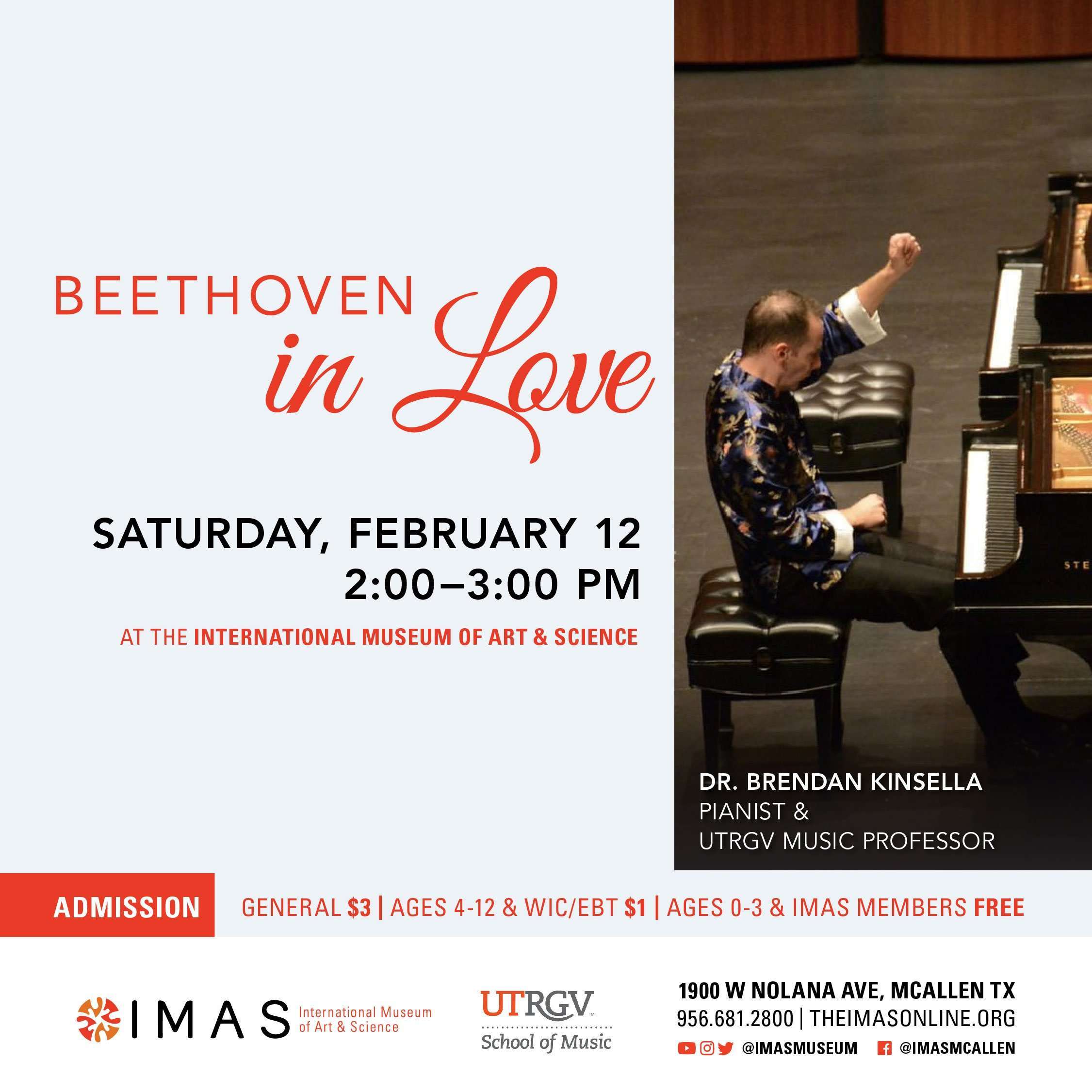